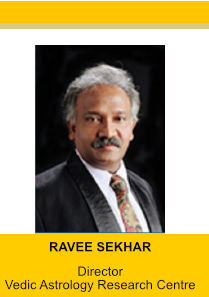 Graphology is the study of graphs made on a piece of paper with a pen or a pencil. This is a science. Graphology is an empirical science based on experimentation and observation. There is not much scientific data available as little experimentation has been done in this field.

WHAT IS HANDWRITING ANALYSIS?
To interpret the meaning of these graphs and to give predictive outcomes based on the study of Graphology is known as Handwriting Analysis. This is an art. Handwriting reflects all the influence of the surrounding environment on the writer right from birth up to the current time. Handwriting also reveals the mindset of the writer and hence can be decoded to give predictive outcomes about the writer. The first book on Handwriting Analysis was written in 1662 by Camillo Baldi, a French scientist.

Even as far back as 1000 BC, Egyptians are known to hold Handwriting as sacred.

In China and Japan, Handwriting Analysis has been practised from Ancient Times.

I have been to China, and I had the privilege to meet a master who makes accurate astrology charts based on your Handwriting.

Handwriting is also known as the photograph of the subconscious mind. Every person’s handwriting is unique, just like fingerprints. This is because the strokes we make are not taught; they are adopted by the mind in a way that works uniquely for that individual. That’s why it is said that Handwriting Never Lies.

Learning Graphology and Handwriting Analysis answers the need to know yourself and others. It provides valuable knowledge and safeguard against unnecessary heartaches and losses. For e.g. getting married (it need not be a gamble), giving guidance to children (you can help them to get better grades and to choose the right options for higher studies), getting into partnerships (choosing which partnership to enter becomes simpler), selecting doctors, teachers, babysitters or even hiring employees. You can detect all sorts of paranoia, mental disturbances, constructive/destructive personality, and even criminal tendencies from a person’s Handwriting.

In our Course at Graph, we have introduced a new concept called The Father-Mother Programming, which is a result of our research in this field. We teach this new concept in detail as well as how it applies to human beings around the world.

It is said that it is difficult to change the mindset of a person. This is valid, as people cultivate habits over an extended period of time, BUT,

During my practice as a Handwriting Analyst over the last 25 years, I have seen this statement becoming true for so many people who have made small but significant changes in their writing strokes.
I have, for myself, made changes in the way I write only two letters, viz. t and y, and this changed my entire life. This change of certain strokes in handwriting by way of practice is known as Graphotherapy. The term Graphotherapy was coined by two French scientists, Dr. Pierre Janet and Prof. Charles Henry.

How does it work? Your Handwriting is nothing but a reflection of who you are. Your neural patterns are reflected in the strokes that your hand makes on paper.  So you will write who you are. The converse is also true. That means that if you make changes to your strokes , that will change your neural patterns, and therefore, your habits, and even your mindset. Changing your Handwriting will impact your personal life, whereas changing your signature will impact your public life and you as a whole, as your signature represents you. Your signature is your own reflection on paper, or, in other words, a photograph of your character on paper. Therefore, a well designed signature will help you to shape your life, as is appropriate uniquely to you.

We are also professional LOGO Makers for companies.

We also hold training classes on Graphology subject from time to time in INDIA.